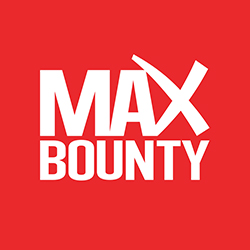 The tech giant’s newest operating system — which was released this month — will now give its users the ability to opt-out of apps tracking their online history and behaviour.

That sentence alone should tell you why Facebook is unhappy with this new feature. It simply makes their (and other big ad players’) advertising platform less effective by reducing targeting potential.

However, from Apple’s standpoint this update to their technology makes a lot of sense.

They have always maintained that user privacy is one of their biggest priorities. For the most part, their actions have been consistent with that motto. Previously limiting ad targeting for Safari users is one such example.

In addition, online advertising has never been a significant part of their business. Therefore, preventing intrusive advertising tech from following their users’ every move aligns with their vision and initiatives.

Here’s how this new feature will work.

When users open an app on their iPhone, a pop-up will appear that will prompt them to select one of two options:

If an Apple user chooses “Allow Tracking”, then it will be status quo for them, app companies and advertisers. The latter two will still be able to utilize user behaviour data from inside the app and other online avenues to offer highly targeted advertising.

If a user chooses “Ask App Not to Track”, those companies will not be privy to their online behaviour and what actions they take when encountering their ads.

With online privacy becoming more and more of a hot topic among the general public, it’s hard to believe the majority of users would choose the former option.

The biggest takeaway here is that this could eventually impact the effectiveness of online advertising that targets those on Apple devices. Considering that makes up 45% of smartphone users in the US alone, that could have significant repercussions.

For affiliate marketers who utilize highly targeted advertising like Facebook Ads as a traffic source, this could mean a less lucrative future for the popular traffic source. However, this could be off set by a necessary decrease in ad costs on Facebook’s end.

This is obviously all dependent on how these companies react, comply, and adapt to this new iOS feature.

Earlier this month, Apple did announce that they will not be enforcing this new “rule” on app companies until early next year. This is to give those companies and advertisers some time to become compliant.

If Apple stands their ground with this update, which looks to be the case, Facebook and other ad platforms like Google will simply need to find a way to adapt. Keeping their ad profits up and those using their platforms happy will no doubt be priorities.

For affiliates, this just might become another obstacle they’ll need to overcome to in the future. Luckily, they have more experience than anyone at adapting to change.