Skip to content
Home > learn > EPC (Earnings-Per-Click): What Every Affiliate Needs to Know

EPC (Earnings-Per-Click): What Every Affiliate Needs to Know 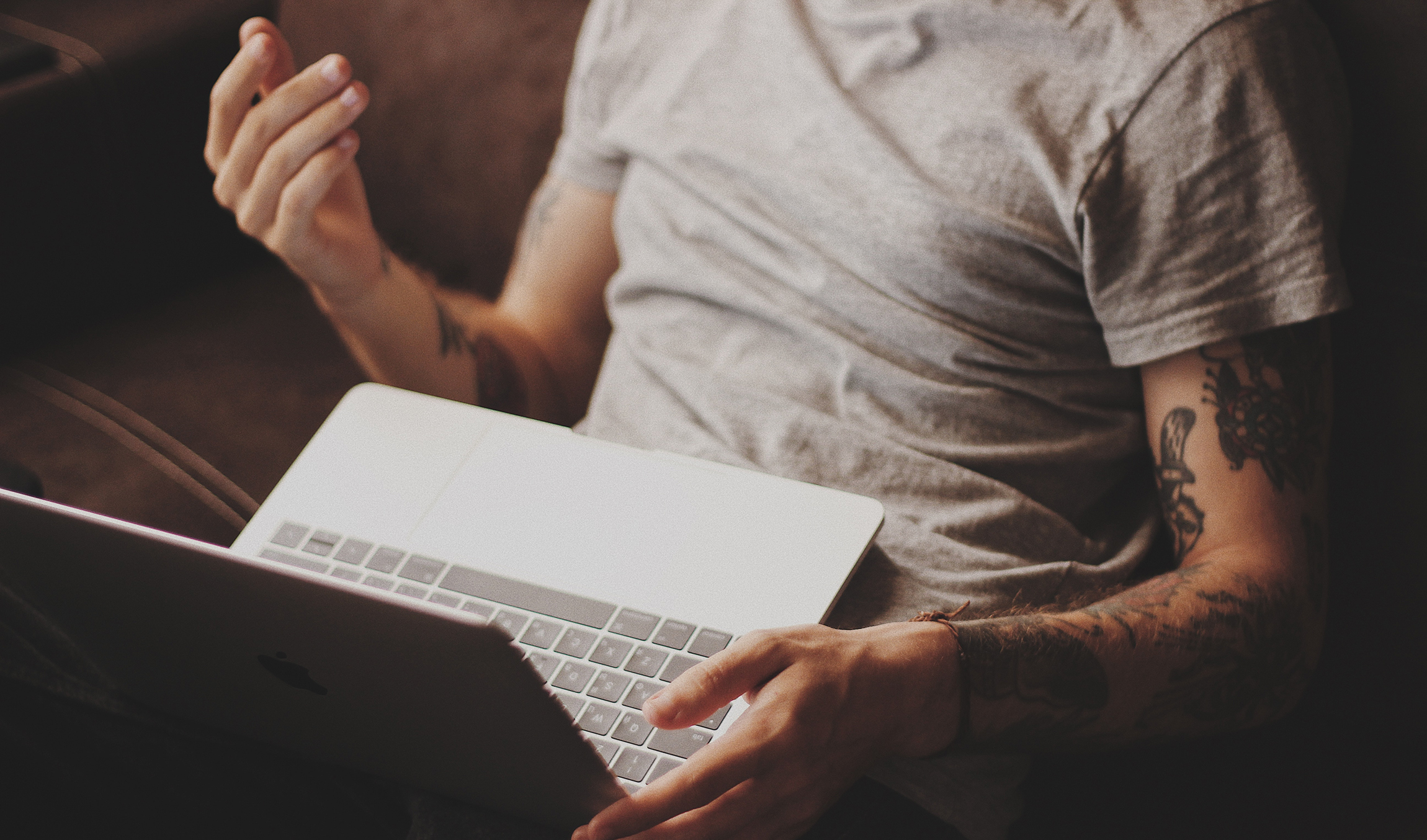 For a fairly simple concept, EPC can be a contentious topic in affiliate marketing.

Beginner affiliates often ask “What’s EPC?” and “What should I be doing with that information, if anything?”

We’re going to answer these questions and then some.

If you don’t know a lot about EPC and you’re wondering if you should even bother reading the rest of this post, know that all three experts featured in our Expert Advice Post from last month mentioned EPC when asked: “What is one thing you wish you knew more about when you first began promoting campaigns?”

Clearly it has some importance.

Let’s once and for all eliminate all the uncertainty and misunderstanding that is created by those three letters.

If you already know what EPC is, skip this portion of the post and scroll down to the “Using Network EPC to Select Campaigns” heading.

EPC stands for earnings-per-click. This is simply the amount of money earned on average for each click a campaign(s) link has received.

That number is determined by a simple formula: Earnings ÷ Clicks = EPC.

Beginner affiliates often make the mistake of thinking EPC is leads ÷ clicks which is actually your conversion rate.

When you’re searching for campaigns at MaxBounty trying to find that campaign that will propel your earnings, you’ll notice there’s a Network EPC column for each campaign. This is the same equation we showed you above but applied to all affiliates who have generated clicks on that campaign.

Those Network EPC numbers can be valuable information to have during the campaign selection process.

Understanding what EPC IS should be easy. Understanding how to utilize the insight it provides to choose profitable campaigns is a little more nuanced.

First, let’s take a step backwards and talk about payouts for a moment.

Successful affiliates know that it’s usually unwise to run one campaign over another just because it has a higher payout. A great payout doesn’t equate to a great campaign.

There’s several reasons why that’s true. The campaign with the higher payout having an unattractive or ineffective landing page that sinks its converting potential, for instance.

On the surface, EPC immediately provides you with a metric that you can use to determine a campaign’s earning potential outside of it’s CPA rate.

Does that mean if you saw one campaign with an eye-catching $20 CPA and a $0.20 EPC and another one with a $10 CPA and a $0.30 EPC that the latter is clearly the campaign that will earn you more?

Despite having a purpose, EPC also has some deceptive qualities (which we’ll talk more about later).

That being said, there are some specific scenarios where it can be a good indicator that one campaign has a greater chance of making you money than another.

We mentioned above how you can view the earnings-per-click of any campaign when browsing campaigns at MaxBounty. However, just like with CPA rates, choosing to run campaigns at MaxBounty based solely on high EPCs is not the right approach. There are simply too many variables between campaigns like different traffic source permissions and unfamiliar verticals.

Where you CAN use it to your advantage is when you’re looking at two or more campaigns that share some similar qualities.

Let’s say for example that you want to promote sweepstakes campaigns.

You begin looking through the Campaigns portion of MaxBounty’s Affiliate Dashboard and find two that fit your promotion strategy.

You check out both campaigns, their traffic source permissions, creatives, their landing pages, and to you, neither campaign seems to have an obvious advantage over the other.

THIS is where it would make sense to run the campaign with the higher EPC.

It doesn’t necessarily mean it’s guaranteed to perform better, but there’s no reason to choose the campaign with the lower EPC if it doesn’t have one or more qualities that are clearly superior. They might even both be from the same advertiser and therefore have only minor differences.

You’ll often see a campaign split into multiple versions of itself that target different countries. If you know you can acquire traffic volume in several of those countries, promotion the version with the highest EPC would make sense.

You’re essentially trying to optimize your budget, time, and the work you put in to promoting campaigns. This can be accomplished by being smart about which campaigns with high EPCs you choose to promote.

You can also use EPC to measure your specific success when promoting one or more campaigns. This can be especially useful if you’re using a PPC (pay-per-click) traffic source like Google Ads because you can easily determine if what you’re doing is profitable by cross-referencing your EPC (earnings-per-click) and your CPC (cost-per-click).

Why EPC Can Be Misleading

There are a few scenarios where a campaign’s EPC can be deceptive due to outliers or other factors. This can force you to choose an inferior campaign because you’re so enticed by its earnings-per-click. Be wary of the following:

Some traffic types rely on a high volume of clicks to achieve conversions where others are more targeted.

An affiliate who has created a large e-mail list that consists of users who have already shown some type of interest in a specific vertical is going to see a different conversion rate than an affiliate who’s using pop-ups as their traffic source. One isn’t necessarily guaranteed to make more than the other, it’s just that the way they’re generating conversions differs, which means their EPC will too.

Pop-ups (or PPV/contextual traffic) will garner a lot of clicks. That comes with the territory of putting something directly in front of a lot of people’s faces.

E-mail will garner fewer impressions and clicks because the overall user pool is likely to be smaller. However, the people who are clicking on the campaign are more likely to generate a lead or a sale because it’s more targeted.

The example below details how traffic source outliers can distort a campaign’s EPC.

You’ll notice that Campaign 1 has the more attractive EPC, but affiliates generally earn more promoting Campaign 2 (which means it’s likely to earn you more as well).

This same pattern can occur a couple of other ways.

Direct linking a campaign’s landing page to a traffic source will surely generate clicks. What it can also do is lower conversion rates.

This means that an affiliate who direct links a high-volume traffic source to a campaign could be flooding the stats with a high number of clicks but few conversions.

Just like with Scenario 1, if one or more affiliates are doing this, it could negatively distort a campaign’s EPC.

It’s important to know how long a campaign has been active before you decide it will/won’t make you money based on its EPC. This is because small sample sizes won’t paint an accurate picture of a campaign’s potential or lack thereof.

The outliers that we mentioned in the first two scenarios can impact a Network EPC even more so when a campaign was just recently launched.

You’ll notice that newer campaigns at MaxBounty have ‘New’ displayed under their EPC value. We purposely did this to help mitigate the chances of affiliates placing too much importance in small sample size EPCs. Still, it’s a good idea to develop the habit of finding out a campaign’s lifespan before using its Network EPC in your decision making.

Should You Use EPC or Not?

It may seem like we’re offering contradictory advice by telling you that EPC can assist in campaign selection and yet it can also mislead you. The fact is both are true.

Your own judgement, experience, and the specific campaigns or vertical you’re interested in will ultimately determine how much importance you place on an EPC value.

This is why your MaxBounty Affiliate Manager is such a valuable asset.

If you find yourself in a situation where you believe the campaign with a higher EPC is your best option, discuss it with your AM. They’re either going to reaffirm your beliefs or use their insight to steer you in a better direction – either is a good outcome for you.