How to Scale Up Your Affiliate Marketing Campaign Today 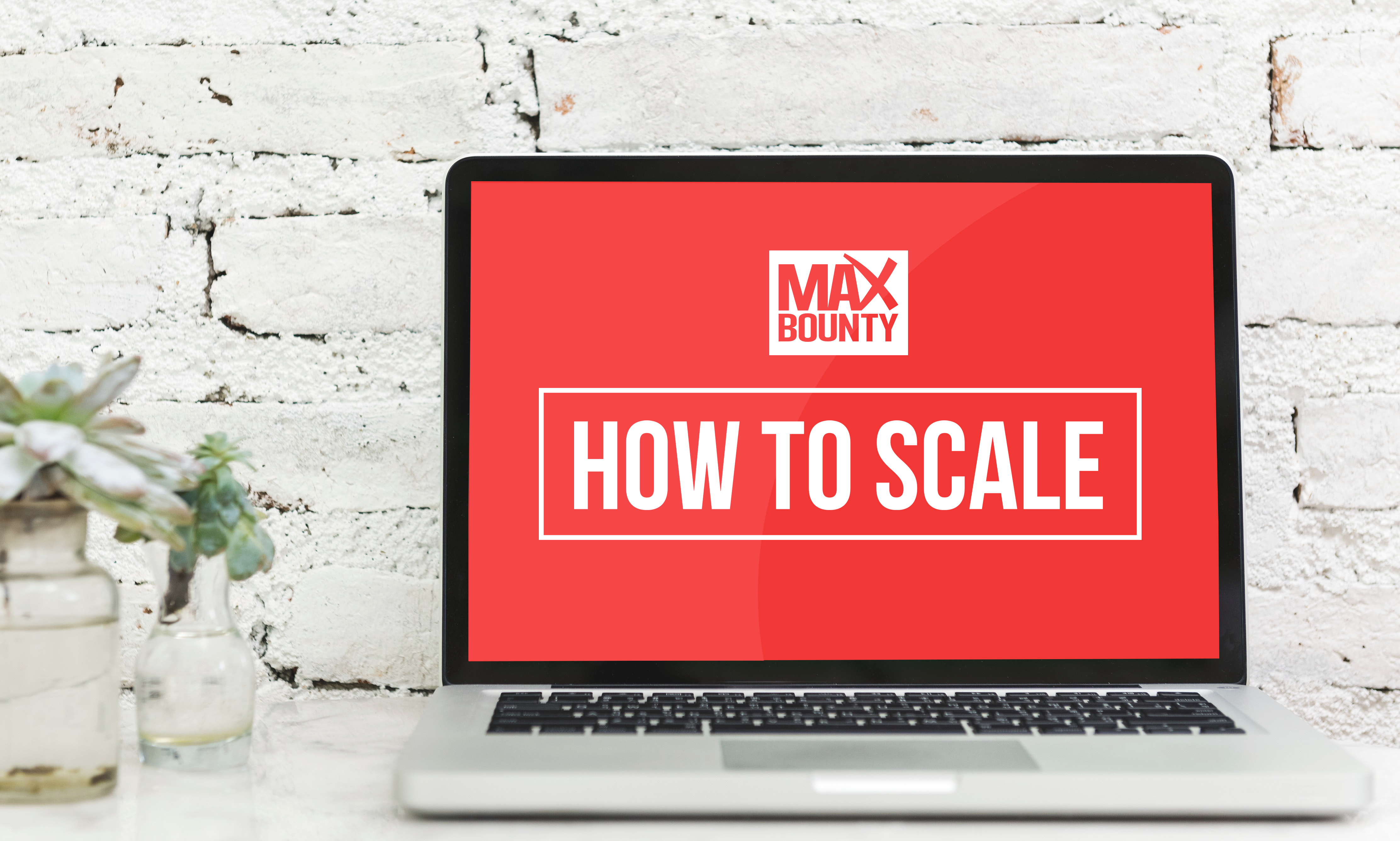 Becoming successful at affiliate marketing requires time, patience, and persistence. It also requires you to know how to scale up campaigns that are already making you money. Effective scaling can take affiliate marketing from your “side hustle” to your career by maximizing current success.

Think of any traditional business, for example, a clothing store. Let’s say you’re the owner of this store and it just had its best sales quarter ever. You’d want those numbers and growth to continue to increase rather than remain stagnant the following quarter. You can make decisions that will help to propel that growth, like hiring more staff numbers, opening new locations, or increasing production efficiency.

You need to take that real business approach and apply it to the way you promote campaigns. This is accomplished by implementing strategies that effectively scale your campaigns, and we’re going to tell you some of the best ways to do that.

If you start treating your affiliate marketing initiatives like a business, you’ll start increasing your earnings like one.

Before you start scaling up your campaigns any way imaginable, you need to optimize them. You don’t want to waste time, resources, and money on a campaign that isn’t properly set up to succeed in the first place. Knowing when to scale is just as important as knowing how to scale.

The major difference between optimization and scaling is in the size of the changes you’re making. Optimization usually consists of smaller and more specific alterations within the promotion of the offer. Scaling comes after, once you’ve already established a strong foundation that’s obtaining conversions.

Some of the most common and effective optimization techniques include:

Proper optimization will help get your volume where it needs to be to move on to scaling.

One of the simplest ways to scale up campaigns is to put more money into what you’re already doing. This is one of the most commonly applied techniques, because it applies to almost every traffic source and keeps your focus on what’s working.

If you’re spending money on campaigns that are giving you a healthy ROI, you can start increasing your spending to expand their reach.  From there, you can continue to allocate more funds to the campaign if it continues to convert well.

Here are some effective ways to utilize an increased budget across a few different traffic sources:

Most of the strategies outlined in this post will require you to increase your spending to some degree, but they’ll also involve some significant changes to your traffic source outside of just a budget increase.

If you’ve discovered a campaign, traffic source, or promotion angle that’s converting well, attempting to transition to a different traffic source is an effective way to scale your campaign. You’re essentially trying to replicate the same success, you’re just acquiring the traffic in a different way. There’s no guarantee you’ll have that same success, but it’s a useful ‘branching out’ strategy for increasing volume that’s worked for many of MaxBounty’s affiliates.

For example, if you’re making a profit by buying paid traffic from a PPV network like 50onRed, you can start diversifying and expanding your reach by applying the same strategy to another PPV network.

The reason this works well for many affiliates is because you’re taking a campaign that converts, and opening new doors for user impressions.

You can take this strategy a step further by changing traffic sources more drastically. Finding success with a campaign on AdWords? Try using running Native ads with a native network like Taboola. Doing big numbers with Facebook ads? Try scaling up by running the same type of ads on other social platforms like Instagram or Twitter.

Many offers allow you to obtain traffic from multiple countries. This can become a great scaling opportunity if you’re already seeing some high volume promoting an offer to just a single country.

This is also a technique that you can test rather easily. If done properly, you’ll only need to change a few things from your initial campaign, such as targeting parameters.

When you first try promoting your campaign in a new country, it’s important to choose one that’s similar to the country that’s already generating conversions.

If you’re generating a ton of traffic in the US, you could potentially find success by launching campaigns in a country like Canada. They’re both primarily English-speaking countries, and users’ buying habits are nearly the same because of their geographical proximity and similar cultural attitudes.

Alternatively, If you’re campaigns are turning a profit in Germany, it might be difficult to replicate that in a country like Brazil.

If you do this enough, you’ll eventually become aware of what countries pair well with each other in regards to campaign promotion.

This is an approach a lot of affiliates don’t think of as a scaling option.

Your network and affiliate manager are one of the best resources you have as an affiliate, and they can help you maximize your earnings if advertisers are loving the traffic you’re sending them.

Campaign caps are set by advertisers usually for one of two reasons:

If you’re generating substantial conversions on a campaign to the point that you’ve reached the cap that the advertiser initially set, it’s possible to have that cap increased so that you can keep earning.

If you feel you’re meeting this criteria, reach out to your designated Affiliate Manager and ask if it’s possible to obtain a cap increase on the offer.

If you’re generating a large quantity of conversions through high quality traffic, it’s even possible to receive a rate increase on an offer, which will start to increase your ROI almost automatically.

This is also accomplished by reaching out to your Affiliate Manager at your network, but don’t bother doing this unless you’re already generating a lot of volume.

Collecting e-mails through a capture page is a form of long-term scaling that helps you get the most out of the promotion of an offer.

You can use a service like LeadPages.net which will allow you to create an opt-in page to collect e-mails from users.

The goal here is to eventually build up a substantial list of addresses that belong to users who have shown interest in a specific vertical or niche. It creates a relationship where you’re providing an ongoing service to a group of users, targeting them with campaigns based on relevant products or services.

Anyone who’s ever turned affiliate marketing into their main source of income knows how to properly scale campaigns. Why? Because it’s the number one way to earn more money on top of any current success.

Start trying to apply some of the optimization and scaling techniques we’ve mentioned in this post to your own campaigns, and remember to stay patient while you learn what works best.

Scaling works. Use it to get to your next level.